That went fast, didn’t it? Sure, everyone’s experiences time differently, but here at the tail end of one year it always seems like…”What? Where did the time go?” After all, I’m still planning for the summer rush of 2014. Gotta get on that… 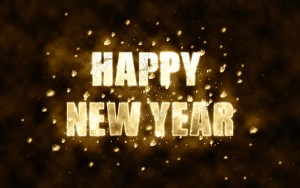 Many thanks to the 2500 or so people who used MTB this year. Seriously — I always appreciate it, and after the terror wore off of realizing the business was “out there” and visible to gobs of people, it was an amazing, humbling experience. And to the many thousands of people who tried to book our services, I’m very sorry — we’re going to be hiring like mad in the spring. Hopefully we’ll be able to help you out!

I won’t list all the amazing statistics from the past year because, well, I’m one of only 45.8 percent of DMV residents who actually enjoy business-related statistics. But I’ll say this — work requests were way up, jobs completed were up, reviews were up, and we capped off the year with our 6th consecutive Angie’s List Super Service Award (more on that when they, you know, actually send me the award. Seriously, Angie, why’s it taking so long this time?)

I’ve been working on my goals for the new year. I don’t typically like to do this, nor do I stick to them very well, but the last nine years or so of running MTB have shown me the value of at least attempting to set and accomplish them. I got to about five pages of Goals, Objectives, Strategies and Tactics, and even got so far as scheduling milestones, due dates, and even blocks of time on such-and-such days to handle recurring activities.

And then I broke down with a near heart attack. What I laid out was impossible. Or nearly so. I’ve been here before, many times, and I can already see I’m setting myself up for failure. So, while I’ll still have several goals, here’s how I’m going to approach them:

This is one of those lost bits of wisdom from the past. Not everyone truly realizes how important it is to start the day before the day starts you (I just made that up.) It is so important to have quiet time before the day begins, to pray, to meditate, to just think through the things that you need or want to get done. If you get to work, whatever that work might be (including finding work), during the morning rush, you’ll be sailing into the wind for the rest of the day. Lose the morning, lose the day.

Of course, this means going to bed earlier. You’re basically hosed if you try to get up at 4:30 AM after going to bed after 11:00. You can fake it better when you’re younger, but trust me, kids, it gets harder. Establish good habits now.

Schedule everything — but don’t overdo it

I read this article about Cal Newport early this year. The gist is that to-do lists are evil, and that if you want to get things done, plan backward from the time you want to leave for the day. I couldn’t agree more. It’s NOT easy to do this, though. It takes discipline. But it also doesn’t take long to realize that yes, you actually DO have enough time in the day. I’ve struggled with this mightily since the birth of our fourth child, constantly trying not to blame the kids for sucking up all the time in our lives which, of course I was using for their benefit. Or something.

The point — if it’s important, put it on the calendar and stick to it. A magnificent side benefit is that you have a very real, justifiable reason for ignoring the myriad distractions that will descend upon you like a Biblical plague if you dare try to schedule anything. Actually, it’s kind of a Catch 22 — the more you schedule, the more Fate attacks.

One not-so-obvious peril of scheduling, and one that’s killed me numerous times, is thinking that scheduling every minute of the day is wise or productive. It’s just not. Schedule free time. Don’t try to fit all your to-do’s into one day or week. It just ain’t gonna happen, and you’re going to frustrate yourself before January 15th. Be realistic.

When my alarm goes off at 4:30 or 5:00 (if I’m slacking), I need to get moving. I have a couple of different morning scenarios: 1. I get dressed, commute to work, work out, and get on with my day. Or, 2., I get dressed, work out, commute to work, and then get on with my day. Whichever I chose, I need to be prepared, and doing so makes a HUGE difference on how the rest of the day goes. If I have to look around for shoes, make a lunch, or even make coffee, the system is derailed. The “launch time” of the day could be delayed by 45 minutes or more. Therefore, I’ve found that it is absolutely essential to have everything packed up and ready to go the night before.

I’m going to murder the voracious time-sucking things that have plagued me for years. I’m looking at you, Facebook. If it’s work-related, that’s one thing, but if it’s “I’m losing focus so maybe I’ll just check FB once before switching to a new project…” then no.

Then there are the vicious, seemingly important time-wasters like “projects.” For example, I need to rebuild the database I built to track guys’ Yelp and Angie’s List reviews. It’s fun, I like to do things like that, and it’s important, right? Well, yes and no. It’s important for me and the guys to recognize them for their hard work, and for them to be recognized. But the system I have right now works, and there are at least a half-dozen things more important than a perfectly streamlined database.

I probably lost 1,000 hours to “fun projects” over the years. No more.

That brings me to one of the most “unnatural” things I need to do: delegate. I’ve been terrible at this. I always think that by the time I explain the project to someone else, I could have done it already. I know how that sounds, but it has less to do with anyone’s inexperience, and a lot more to do with my difficulty explaining things, especially if those things have lots of moving or dependent parts. Nobody knows the systems of MTB better than I do, so it just “makes sense” to do it my own damn self.

No more of that, either. For my sanity and the health and prosperity of the business, I’m going to off-load more than half of my workload onto others this year. I know my team can handle it — I saw a lot of the Daily Show on work computers this year. Ahem.

Kill all those “back of the mind” things

I am going to slaughter any and all of the things causing mental drag. First off, I have to identify them. You know how you can go for days, weeks or months with this nagging feeling that you should be doing something? Or that you did something wrong? Sometimes it’s not obvious what it is. But for a lot of people, including me, it has to do with ignoring tough things you don’t want to deal with right now. It can be big decisions, but it can also be a million stupid little decisions you have to make.

For me, that creates DRAG. It can be the inbox. It can be clutter in my office, or the mountain of accumulated furniture down in the warehouse out of sight. Seriously — I finally noticed that when our warehouse is filled with tons of “giveaways,” i.e. furniture people didn’t want, or that didn’t fit in their new places, I was carrying all that tonnage on my shoulders. It was weird — that stuff has no bearing on email I need to write, or tweets I need to compose, or phone calls I need to make. But…it does! That huge load of garbage (some of it, anyway) 50 feet away feels like a comically huge backpack riding high on my shoulders.

Of course, there are the big, real, dangerous things, too. The audits coming up or the compliance filings or the problem employees that need help and/or discipline. Things that don’t directly advance the profitability or stability of the company, or that don’t promote the “general welfare” of everyone here. I just do not want to deal with that crap today. And so I don’t. Or I didn’t. And when I didn’t, it added up to paralysis.

These are simple things. Everyone will have their own way of doing things. These are just some of mine. If you find them helpful, great!