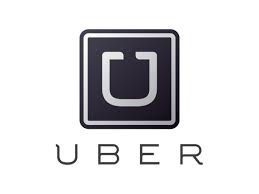 I think I got spoiled on my first day out as an Uber driver. I made about $75 in two hours with only three riders. Most of that was with my third and last rider, the guy who needed a lift out to Dulles International. Still, it was enough to fire me up.

Today was…not as good. It’s alright, though — I’m still the timid little wallflower shying away from the big, scary dance circle in the center of the gym (is that still a thing?). I went out in the middle of the day, dilly-dallied around with things like “lunch,” went through some areas that I didn’t expect to be Uber-rich with riders, and only spent about two hours experimenting.

Like the first time I went out — trolling, you could say — I didn’t get any pings for at least 15-20 minutes. Then, it was back-to-back pings. Once, I was just trying to navigate the app to see if I’d made anything on the previous two rides when the “Need a ride” notification popped up just as I was trying to click on the account button. I accidentally accepted that one.

But something curious happened on today’s outing. I accepted three different ride requests in one area, and all three, back-to-back, cancelled the ride as I was trying to get there. Traffic wasn’t terrible — it was just typical white-knuckle, merge or die DC traffic — but apparently the three or so minutes it would have taken me to get to the rider was too agonizingly long to wait.

Sheesh — how fast people go from accepting the old taxi cab model (call for a cab and wait between one hour and infinity for it to show up) to the Uber model: hit a button and expect an Uber driver to quantum teleport and materialize before you instantly…

At any rate, I gathered some good intel from it — you have to find Uber-dense locales around the city, you have to go out during peak hours (duh), and breaking traffic laws will definitely help your bottom line. Good to know.

Right now this is still new and exciting. However, I can see — not too far off — the time when it could become a drag. It’s a fantastic system — so intuitive, nearly instant gratification for riders AND drivers, every question and variable seemingly answered with a simple, common sense solution — but in the end it doesn’t break any laws of commerce or business. You still have to be smart and hustle.

My Truck Buddy has taught me a thing or two about that.

I’ll probably be offline until Monday, but I’m eager to get back to it and see if I can hit my goals. I want to gross $2500 in my first 30 days. After that, I want to gross $5000 per month. The challenge — running MTB while doing this. For every hour I’m doing the Uber thing, I get about a dozen urgent to semi-urgent emails that have to be answered sooner than later. Oh yeah, and I have a family 40 miles from the center of the action that has grown accustomed to having me, you know, home, available and attentive.

Entrepreneurship — not for the faint of heart. Question: how do shy slacker-doofuses excel in that world? Hmm…